If there's anything that could be better than staying in a hotel in Gran Canaria, it would probably be staying in a swim up room in Gran Canaria. Gran Canaria is the third largest island in the Canary Islands, offering a lush landscape of vegetation in the north, mountainous in the center and desert in the south. Alongside beautiful beaches you will find a wild landscape where you can stroll independently and see volcanoes, cliffs, canyons and other geographical formations that make up the island. The capital of the island is called Las Palmas De La Gran Canaria and is a tourist port, vibrant and interesting. The city's historic center offers narrow streets paved with typical Canary style and various interesting museums.

Along the shores of the island you will find many golden beaches, dotted with luxurious hotels alongside secluded and quiet beaches where you are unlikely to encounter other people.

The interior of the island is not as pastoral as in El Hierro, nor as dramatic as Tenerife, and every vestige of culture that existed here before tourists arrived is concentrated in the Vegueta neighborhood, in the capital of Las Palmas. But 350 sunny days a year are guaranteed in the coastal strip stretching 25 miles on the south side of the island, so the place is flooded with tourists: from San Agustin to Puerto de Mogan, there are hotels and blocks of 1970s apartments, next to each other, with shopping centers, clubs Disco, gentlemen clubs and Pubs.

Many readers asked us about hotels with swim up rooms in Gran Canaria. A swim up room is a room which gives you access from your balcony into the pool.

We conducted an extensive research and unfortunately we found only 1 hotel with swim up rooms in Gran Canaria, which is Lopesan Baobab Resort.

From the hotel page:

A holiday full of luxury, entertainment and sprinkled with an exotic touch is now possible at Lopesan Baobab Resort. This 5-star hotel in Meloneras (Gran Canaria) offers the most select customers an environment which evokes African countries; from the wild appearance of its flora, to the colour of its buildings, earthy and intriguing just like the slopes of Kilimanjaro. Sometimes, all we need is a suggestive and captivating environment, without giving up the comfort and relaxation we desire in our daily lives. Therefore, this exclusive Gran Canaria resort is one of the most original, striking and spectacular hotel complexes on the island.

If you know any other hotels with swim up rooms in Gran Canaria, please let us know in the comment section below, and we will add them to the list! 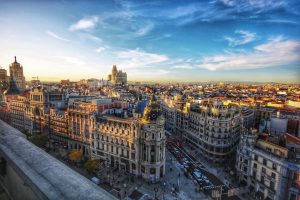 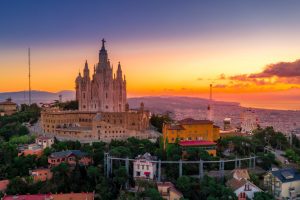 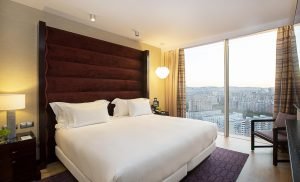 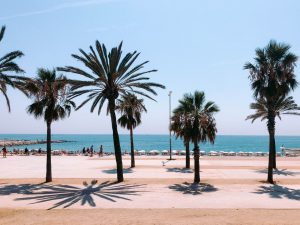 Barcelona Hotels With Pools Near The Beach 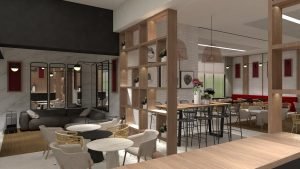 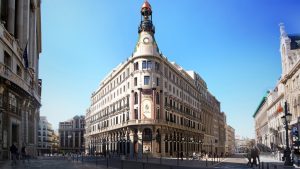